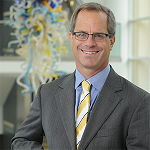 Specifically, Woods and Swire say, “If passed into law, the Clarifying Lawful Overseas Use of Data (CLOUD) Act of 2018 would accomplish two things: It would specify that an order under the SCA applies to all data that is in the “possession, custody, or control” of the provider, regardless of where that data is stored, and it would pave the way for executive agreements—such as the contemplated U.S.-U.K. agreement—to allow foreign governments to request content directly from American providers.”