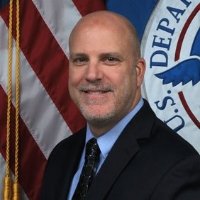 “Released on May 15, the DHS’s Cybersecurity Strategy is not only a proactive strategy that increases our ability to deter threat actors in cyberspace but it also relies on a strengthened partnership between the public and private sector,” said Driggers. “To match current cybersecurity demands and needs, we’ve also improved our various information sharing products and services—from sharing threat indicators to providing response teams that give assistance to private companies after an incident. I look forward to giving attendees an update about DHS’s current capabilities along with answering any questions about information sharing and public-private partnerships with the federal government.”

Currently, Driggers serves as the National Protection and Programs Directorate (NPPD) Deputy Assistant Secretary for the Office of Cybersecurity and Communications (CS&C) where he supports the development and implementation of operational programs designed to strengthen the security and resilience of the nation’s critical infrastructure. Prior to this position, Driggers served as the Principal Deputy Director for Operations for the National Cybersecurity and Communications Integration Center (NCCIC). Joining the DHS in 2003, he has served in a variety of roles including Chief Technology Officer for the NPPD.

“During the past few years, the federal government has made a critical cybersecurity shift from a ‘doctrine of restraint’ in 2015 to a more aggressive stance on cyber deterrence today,” said Patrick Gaul, Executive Director of the NTSC. “However, many CISOs and policymakers still feel distrust around departments such as DHS based on prior experience, but the reality is that the landscape has completely changed. National security and private sector cybersecurity are intertwined more than ever, and CISOs clearly need help fending off asymmetrical attacks from threat actors that include nation states. Having someone like Rick talk to our group of CISOs is critically important as we reimagine how the federal government and private sector can work together to strengthen national security and overall cybersecurity standards.”

The Department of Homeland Security has a vital mission: to secure the nation from the many threats we face. This requires the dedication of more than 240,000 employees in jobs that range from aviation and border security to emergency response, from cybersecurity analyst to chemical facility inspector. Our duties are wide-ranging, and our goal is clear—keeping America safe.